Just for a reminder here is the basement when I moved in: 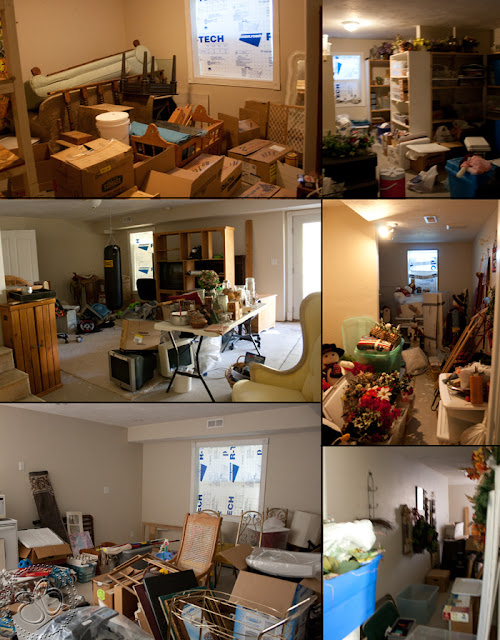 It was well…… umm…….. slightly overrun with stuff– we’ll call it many fast quick moves and not enough time to go through it all or fix it all up.

Here’s after the first day… 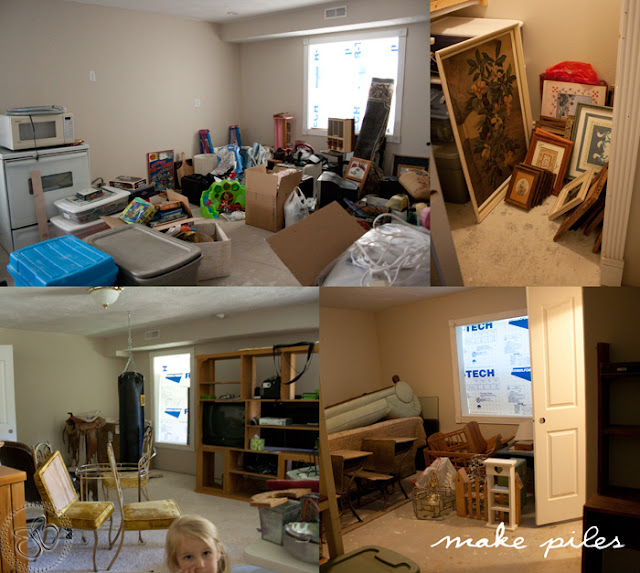 The first step {in this pretty much overwhelming project for me} was to start separating stuff out and making piles, I knew my parents didn’t want all this stuff and a lot of it could go to DI but I had to get approval on what could go and what had to stay, so I had to make piles that later my mom could come down and check off and confirm what was okay to be gone. 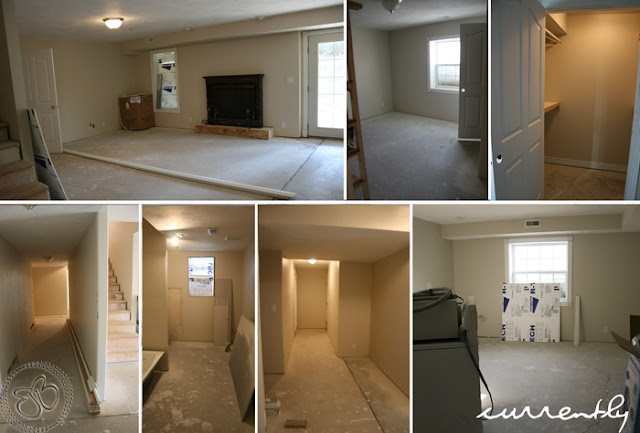 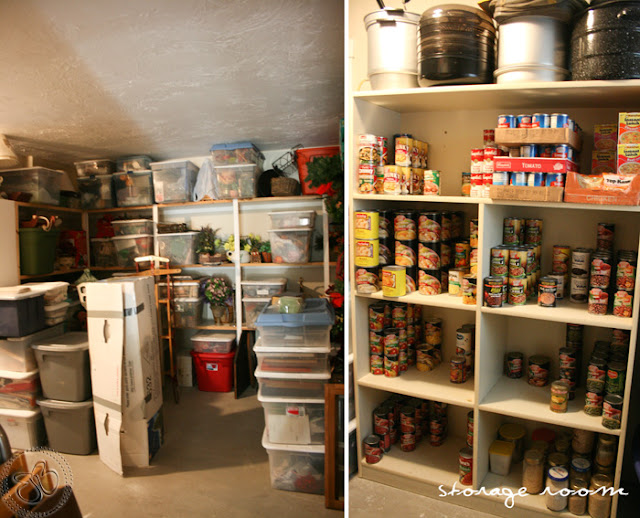 And now were on to the next step of finishing the basement– the actual fun stuff! Wish me Luck!

check out the popular ones